If You are a Ramones Fan for life and you are looking for new kicks, this is it! After the original NYC Ramones disbanded and even died, these 4 guys from Germany have taken over the responsibility to serve the World with fresh and BRAND NEW Punk Rock Songs in true ramones-like fashion. Their fast and catchy power tunes have it all, the big beat, downstroke guitars and the great melodies, too. Da Bruddas would have been so proud!

Starting in 2001 as Wedding Band for Punk Rock couples, Ham Ram soon got bored just to just cover original Ramones tunes. Instead the band, consisting of German Punk- and New Wave Veterans of the first generation, started to write and record their own Ramones-like-songs and in 2005 they released their much acclaimed debut „Free Phil Spector“, which was sold to 22 different countries. After the Band’s rhythm section changed in 2006, 2007 saw the release of "Long Black Hair“, Ham Ram’s homage to Joey Ramone and the Fuzztones' alpha male Rudi Protrudi. "Long Black Hair" contained several Radio favorites such as "Surfpunks Back in Town" and „Rock’n’Rollercoaster“. The Album was released by on Italian Nicotine Records in CD and Vinyl format and made waves in International Indie circles.

For their 2011 follow up Album „Uniform Thing“ the Band’s main Songwriters, Tommy and Ecki, decided to join forces with Janson Ringenberg from "Jason And The Scorchers" fame and the King of Bavaria, Gerhard „Sweety“Schönherz. Whilst Jason graced the title track, Sweety contributed on Ham Ram Hit "Fugger City", a song which was subsequently voted Rock Song Of The Year in Region of Augsburg. As a bonus, "Uniform Thing“ was released in Digipack Double CD Version and, on the back of significant live activity, became the best selling HAM RAM Album up to this stage. The Album’s success also enabled the Band to play concerts in the UK and Poland. Due to an increased budget the Band’s follow up Album „Going Down In History“ was recorded in the Horus Studios, Hannover’s finest and home of Guano Apes, Eloy and many others. With a truly big sound, Ham Ram’s fourth Album, released in 2014, gained a number of 9/10 star reviews in music publications. It also broke the ice with big chain stores like Media Markt & Saturn in Europe.

The icing on the cake, sofar, is the Band’s response to the 50th anniversary of „Sargent Pepper“ called „The Song Ramönes The Same". Released on Joey Ramone’s 65th Birthday on 19th May, 2017, the album contains 14 Songs full of reference to the Ramones-catalogue, whilst manifesting Ham Ram’s own status as "the only Band on this planet capable of taking "da Bruddas" legacy one step further“ in their own right. The Album is, sofar, available as CD and Download. A vinyl Edition, released by AuBuMu records in FC St. Pauli-brown-viny,l will also be available during Ham Ram’s Brexit Tour of England and Ireland in November 2017.

Gubba Gabba - We Accept You One Of Us! 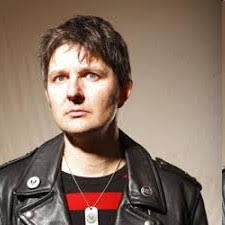 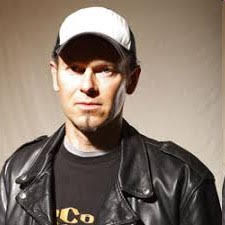 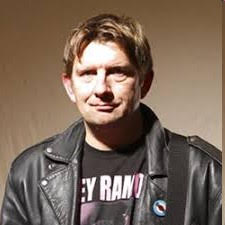 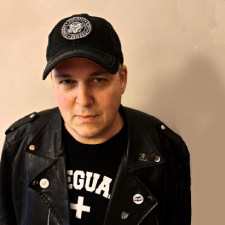